Buddhism is the practice of the teachings of the Buddha, who lived 2,500 years ago. Although a religion by Western category, it could also be seen as philosophy, psychology and science of the mind. The practices of meditation and self-investigation are all about coming to understand the true nature of our self, our mind, and the reality we inhabit, in order to free ourselves of the causes of our mental distress.

The basic tenets of Buddhist teaching are straightforward and practical: the true causes of happiness and suffering are internal; everything is subject to impermanence; actions have consequences; the cultivation of compassion and non-violence.

Buddhism addresses the fundamental questions of human existence and our seemingly inherent vulnerability to dukkha (or suffering). It is non-dogmatic, there’s no creator god, blind-faith is discouraged, and the approach is ‘come and see for yourself.’

What does Buddhism have to offer us in the modern world?

The Buddhist approach is about becoming your own therapist. By investigating how mental distress arises in your life and discovering its inner causes, you can free yourself of bad mental habits and discover a radically different approach to life and challenges.

For example, frustration and stress tends to come from our aversion – the way that we reject and deny events that are unfolding in our life. By holding onto our version of events we want to happen – our ‘shoulds’ and ‘expectations’ – we create distress in our mind as we’re unable to control our external world.

By discovering this experientially for ourself, we can begin to apply antidotes such as patience and acceptance. This is how we reduce bad habits and cultivate healthier ones, gradually improving and transforming our life from one of tension and negativity to one of calm and positivity.

What sort of Buddhism does Samadhi belong to? 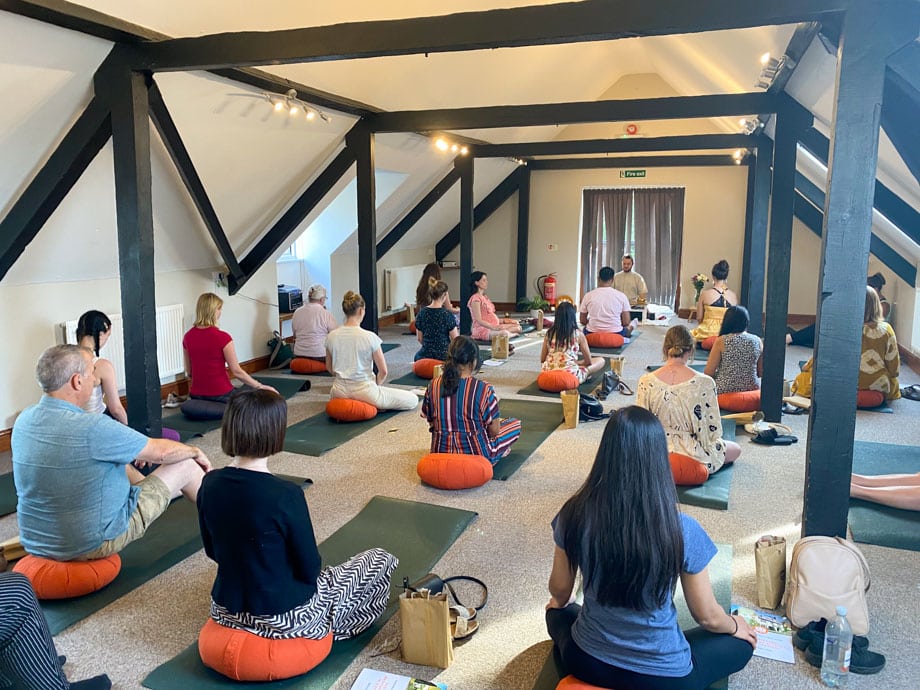 Samadhi embraces the approaches of many different schools of Buddhism. We believe that the rime (non-sectarian) approach allows freedom of choice, and with a sound basis in the overall framework of the Buddha’s teachings and Early Buddhism, allows a practitioner to draw on what each school does best. This was always a common approach within the history of Buddhist practice.

Samadhi’s Co-Founder, Dorje Gyalpo David Johnson, has received teachings, oral transmission, commentary, and instructions on the Theravada, Mahayana, Vajrayana and Dzogchen traditions. This includes all four schools of Tibetan Buddhism. He also regularly draws on the insights that come from modern psychology.

The word Buddha means “awakened one” or “enlightened one.” Enlightenment is compared to waking up, because just like waking from a dream and realising that the appearances of the dream were not as they seemed, we experience a radical transformation as we realise the true nature of self and the reality we inhabit. Put simply, you could say that a Buddha is one who has developed all positive qualities, such as compassion, inner joy, patience and equanimity, and eliminated all negative qualities, such as craving, attachment, aversion, and ignorance.

Historically speaking, The Buddha we know and talk about was born a prince, Siddhartha Guatama, some 2,500 years ago in what is now called Lumbini in Nepal. His father, the King, heard a prophecy that his son would either become a great sage or a great king. He wanted Siddhartha to be his successor, and fearing he might become a holy man, kept him hidden away from all the sufferings and horrors of daily life, in his palace, surrounded by all manner of luxuries.

At 29 years old, on a visit to the city, Siddhartha discovered there was a great deal of suffering in the world around him. He witnessed for the first time the sufferings of sickness, ageing and death. Being shocked by the suffering of all living beings, and with great compassion, he decided to search for way to end it. He left his family, the palace, his clothes and all his luxuries, and started out on a spiritual quest.

Siddhartha studied under the various sages, teachers and contemplatives of his era and followed their practices until he mastered them all, but saw that none of these solved suffering permanently. After about six years of searching, and almost dying from extreme asceticism, he realised that he had not generated new insights that could liberate, but instead had found extremes of both sides.

Recalling a time in his youth where he had cultivated meditative quiescence, he wondered whether that was the way. He then sat down in a place now called Bodhgaya (North India) under a Bodhi tree and vowed not to rise from meditation until he had discovered the truth. After some time, he re-achieved meditative quiescence and used this very calm and poised mind to penetrate into the very nature of body, feelings, mind and phenomena. By combining shamatha with vipassana, he became a fully enlightened Buddha. This means that he actualised all positive potentials of a sentient being and freed himself of all negative qualities. In this moment, he realised the true nature of existence and suffering, and how suffering can be ended. Seven weeks after enlightenment, the Buddha gave his first discourse in Sarnath, near Varanasi. Here he taught the Four Noble Truths.

The Buddha is often quoted as summarising the essential point of his entire teachings:

"I teach about suffering and the way to end it" 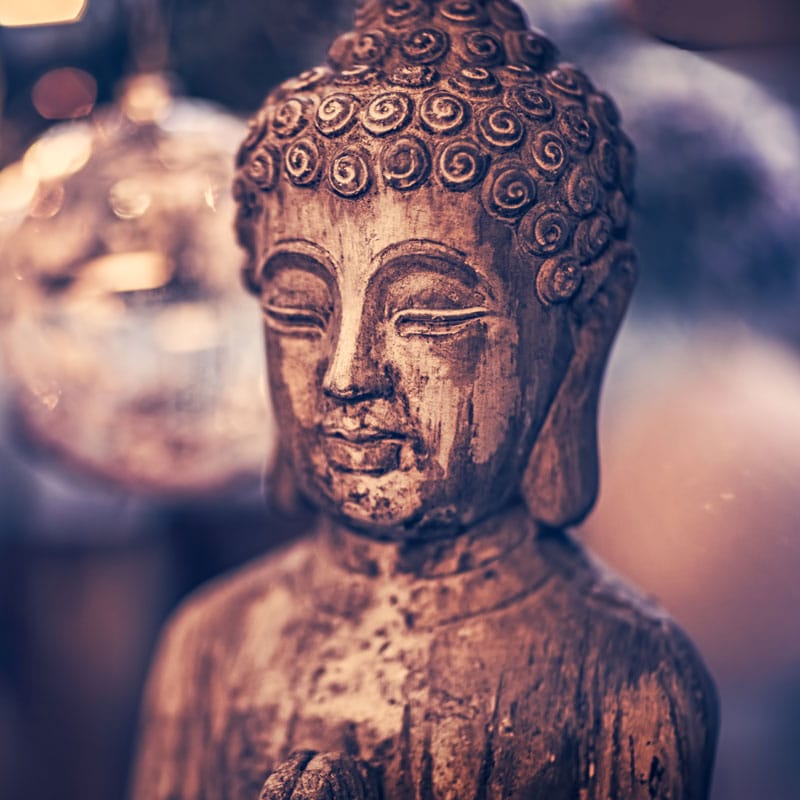 ‘Buddhism’ spread throughout Asia and has more recently found its way to the West. Buddha saw that while everyone is equal in their ability to become a Buddha, people also differ vastly in their preferences, interests and talents. Respecting this, he taught a wide variety of ways to overcome one’s limitations and realise one’s full potential. In the Pali Canon, it is said “There are 84,000 doors to Enlightenment”

Different aspects of the teachings have been emphasised in each culture that has adopted Buddhism, and, nowadays we see many different forms of Buddhism – but they all share its basic teachings of the Four Noble Truths, The Noble Eightfold Path, and shamatha-vipassana.

Join us for one of our meditation classes or upcoming retreats.