The Good Nun and the Patchy Robe

Guided Meditation: Mindfulness of Breathing (Focussed on the Nostrils)

David started by reading a story:

“A good nun lived a very simple life, with few possessions and dwelling in a cave. Every morning, she would take her alms bowl to the nearby village to collect just enough food for her one meal of the day. She had plenty of time to meditate, study, and teach what she knew to any of the local villagers.

When she returned from almsround one morning, she noticed a hole in her spare robe, so she found a small piece of cloth and hand sewed a patch onto the robe. She’d done this before. You see, in her cave lived a family of mice, and they liked nibbling her robes. While sewing, she thought that if she had a cat, then there would be no mice, and she wouldn’t have to spend so much time sewing patches. So the next day, she asked the villagers for a cat, and they gave her a well-behaved brown cat whose color matched her robes.

The cat needed milk and fish, so the nun had to ask the villagers for these extra items every morning. One morning, she thought that if she had her own cow, then she wouldn’t need to keep asking for milk to feed the cat to keep away the mice that chewed her robes. So she asked one of her wealthy supporters for a cow.

Once the nun had a cow, she had to get grass for the cow to eat. So she begged the villagers for grass to feed her cow to provide milk for the cat to keep away the mice that chewed her robes.

After a few days, the nun thought that if she had her own field, then she would not need to harass the poor villagers for grass every day. So she arranged for a collection to be made to buy a nearby pasture to provide grass for her cow to provide milk for the cat to keep away the mice that chewed her robes.

It was a lot of work looking after the pasture, catching the cow every morning and milking it, so she thought that it would be helpful to have a boy, a young attendant who could do all these chores for her. In return, the nun would give him moral guidance and teachings. The villagers selected a boy from a poor family in dire need of some moral guidance. Now she had a boy to look after the pasture to provide grass for her cow to provide milk for the cat to keep away the mice that chewed her robes.

Now the nun needed to collect more than twice as much food every morning, because young boys eat a lot. Moreover, she needed a small hut nearby for the boy to sleep in, because it was against the rules for the boy to sleep in the cave with a nun. So she asked the villagers to build a hut for her boy who looked after the pasture to provide grass for her cow to provide milk for the cat to keep away the mice that chewed her robes.

By this time, she began to notice the villagers avoiding her. They were afraid that she was going to ask them for something more. Even when they saw a brown cow approaching in the distance, thinking it was the nun, they would run away or hide in their houses with the door securely bolted and the curtains drawn over the windows.

When a villager did come to ask her some questions on meditation, she said, “Sorry. Not now. I’m too busy. I have to check the hut being built for the boy who looks after my field to graze my cow that provides the milk for my brown cat that keeps away the mice so that I don’t need to keep patching my robe.”

She noticed what she was saying and realized: “Such is the origin of materialism.” She then told the villagers to dismantle the hut, sent the boy back to his family, gave away the cow and the field, and found a good home for her cat.

A few days later, she had returned to her simple life, with few possessions and dwelling in a cave. After returning one morning from the village with just enough alms food for her one meal of the day, she noticed that a mouse had chewed another hole in her robe. With a quiet smile, she sewed on another patch.”

Source: ‘Don’t Worry, Be Grumpy: Inspiring Stories for Making the Most of Each Moment’ by Ajahn Brahm

For me, this is a nice little reminder of the nature of chasing happiness through material things.

It, of course, is not saying that we need to give away our possessions, but that we need to not get so wrapped up in them, thinking that the solution to the problem lies in changing or manipulating our circumstances.

In Buddhism, we call this ‘changing suffering’ or ‘changing distress’ – each time she solved a problem, she created a new one.

All along she had two problems. An inner one, and an outer one. The inner problem was her dissatisfaction and her aversion to having to live with this mouse and keep sewing patches.

Once we deal with our inner problem, in this case by reflecting on the dangers of attachment, accepting what is and letting go of our desire to control, then we have no problem. Then we can deal with the situation, with a quiet smile.

While our weekly classes are offered freely, you are welcome to offer dana. Dana is a Buddhist tradition where we offer from the heart in a spirit of gratitude and generosity. Your generosity is greatly appreciated and all money goes directly into supporting our activities and fundraising for the Samadhi Eco Retreat Centre.

Join us for our next Free Weekly Guided Meditation & Discussion 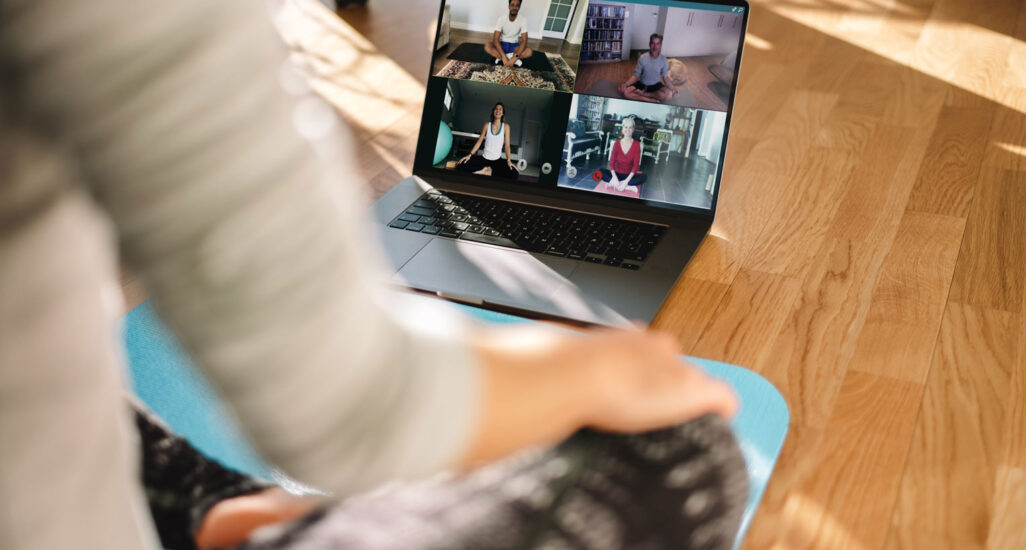 Guided Meditation for the International Day of Peace 2021

Working Through a Challenge or Question In Our Life

Interconnectedness, Self and Other, Loving-Kindness

The Good Nun and the Patchy Robe

Why Do We Feel The Need To Control Everything?

From The Samadhi Podcast

Guided Meditation – Working Through a Challenge or Question In Our Life

The Beauty of Gratitude